The notion of boundaries, physical and mental, visible and invisible, determines the universe of the mankind. Paradoxically, the meaning of things has a tendency to gravitate outside, towards the margins. Recalling Marcel Duchamp’s idea of “inframince”, these borders move constantly, disappearing and reappearing elsewhere. Tumbling at this very narrow line is part of Nira PEREG’s and Keren BENBENISTY’s work, who, each in their own way, emphasise traces of time and space in their evocative art.

The American-Israeli artist Nira PEREG is interested in the physical and spiritual influence of a place and its aura on a human being. “Borders” is part of a video series recorded in the Holy Sepulcher Church of Jerusalem, frequented by artist for several years in order to document the behaviours of its visitors and clergy. Presented in a loop, only a few tens of seconds, the work shows a hand of a nun indicating internal borders of the church, divided between several cults. Documentary-like, PEREG’s videos transform public and private rituals into a performance where each gesture transcends reality and enters the sphere of the sacred. The simplicity of the scenography and choreography, the austerity and rigor of the framing refer to a pure minimal and abstract art, evoking its great master Malevich.

PEREG’s works questions the real and the imaginary, the sacred and the profane, the eternal and the ephemeral, and their paradoxical cohabitation. They tell a story of a space filled with its visitor spirits, where the past, present (and potential future ?) oppose and intertwine. The focal point on schisms and separations, as in “Sabbath” video (about ultra-Orthodox Friday roadblocks in Jerusalem), allows PEREG to question the notion of limits and to create meaning, in the same way as religion does, out of the material world.

The recording of time traces, a delicate archaeology of the disappearance, are also characteristic to the work of Keren BENBENISTY, who, unlike Nira PEREG, has left Israel for the United States. Her works selected for the exhibition play also “an inverted mirror”, starting from the material reality and evolving into pure disappearance. Witnessing the same stubbornness as PEREG, who had been constantly returning to the church, BENBENISTY’s Headlines series is a result of a patient collecting New York Times titles, a daily work for over a decade. Like a diary writing, every morning the artist selects a headline which she decides to preserve. The disappearance of the initial context allows each sentence to evolve beyond, gaining a great poetic power. The meanings are multiplied with each new display, each new association, each new reader.

During a decade the series has lived and transformed into multiple forms: from the engraved brass plates, through carbon-print drawings to a more recent version, pages of the real newspaper covered with gesso, transformed into an astonishing hybrid object, between the document, ready made, drawing and printing. Without surprise, the work of BENBENISTY considers the oppositions, ephemeral – eternal, intimate – public, now – history, presence – absence as two sides of the same sheet (of a newspaper).

PEREG’s and BENBENISTY’s art brilliantly demonstrate, each in their own way, that tabula rasa has never existed. Following Nietzsche, the history is constantly rewritten; erasure and its traces are only a new beginning in a cycle of eternal metamorphosis. Investigating the limits of the invisible, activating the space and its aura are the keys for understanding “TRACES” exhibition, imagined on the edge of the impossible. 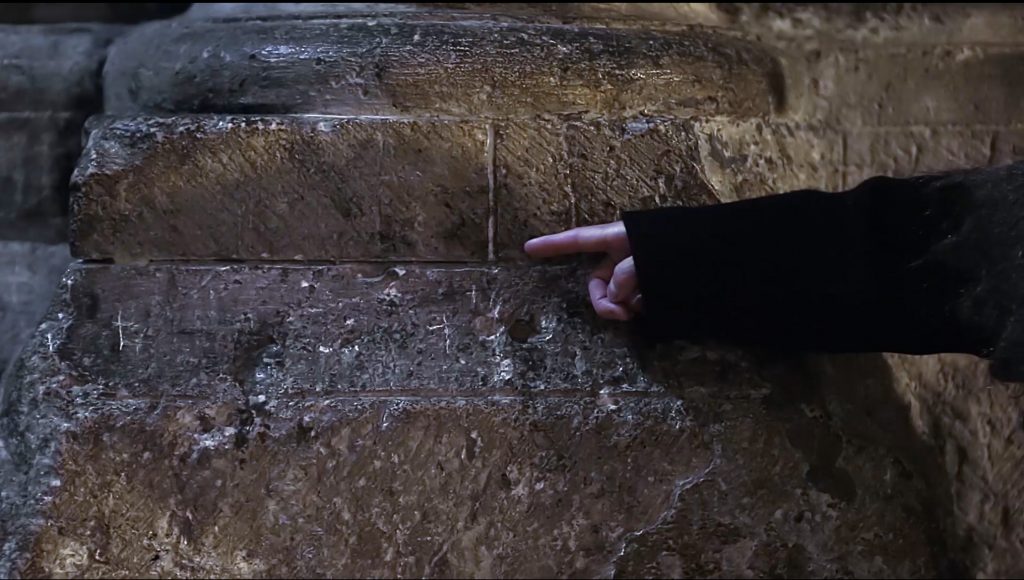 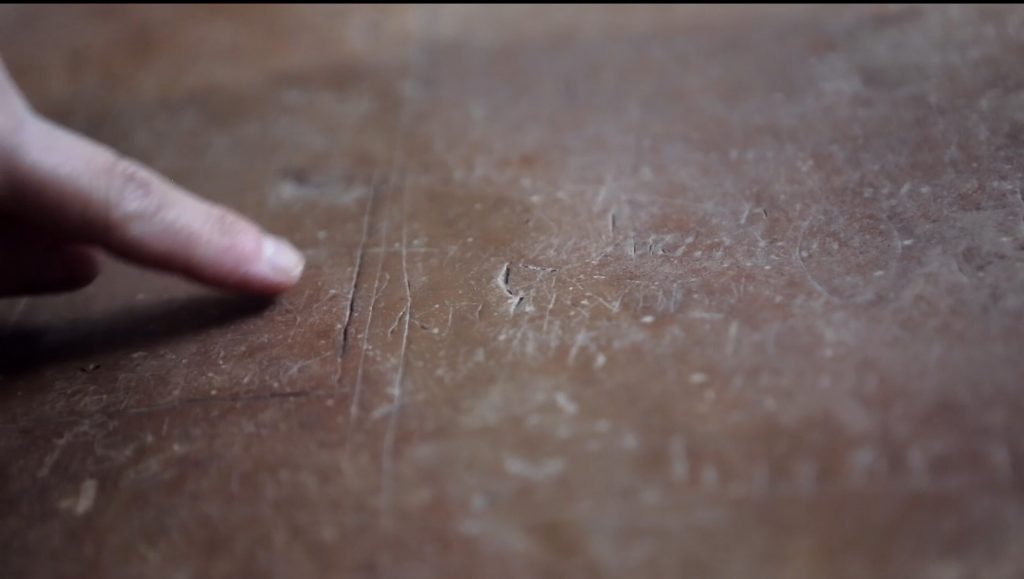 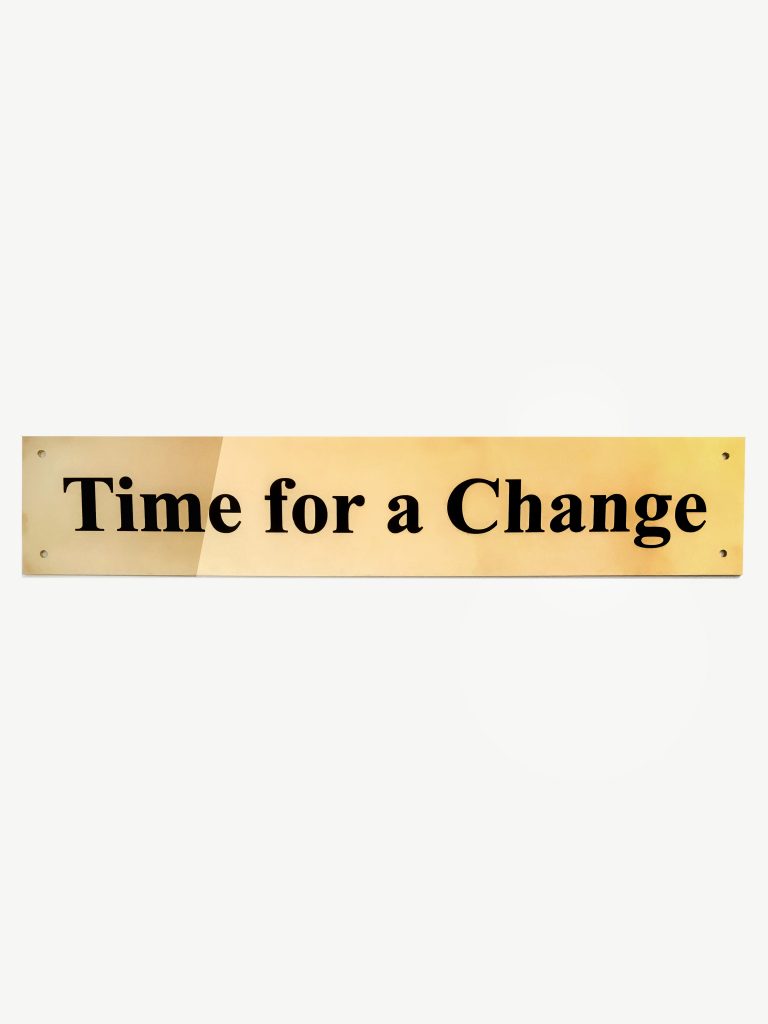 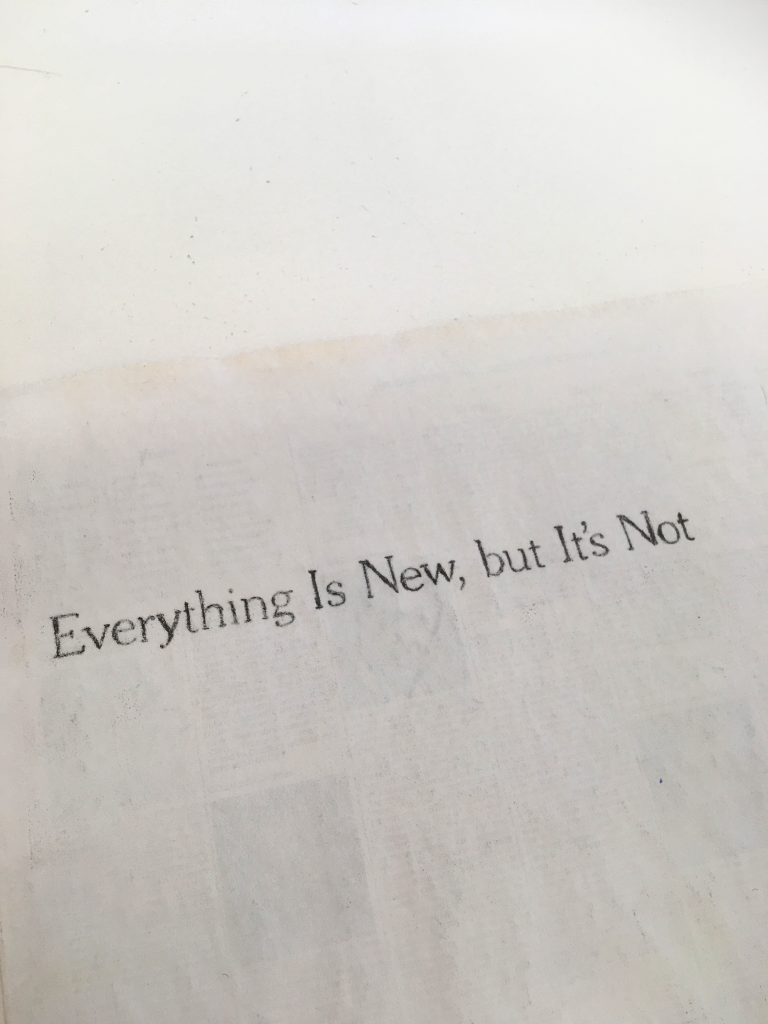 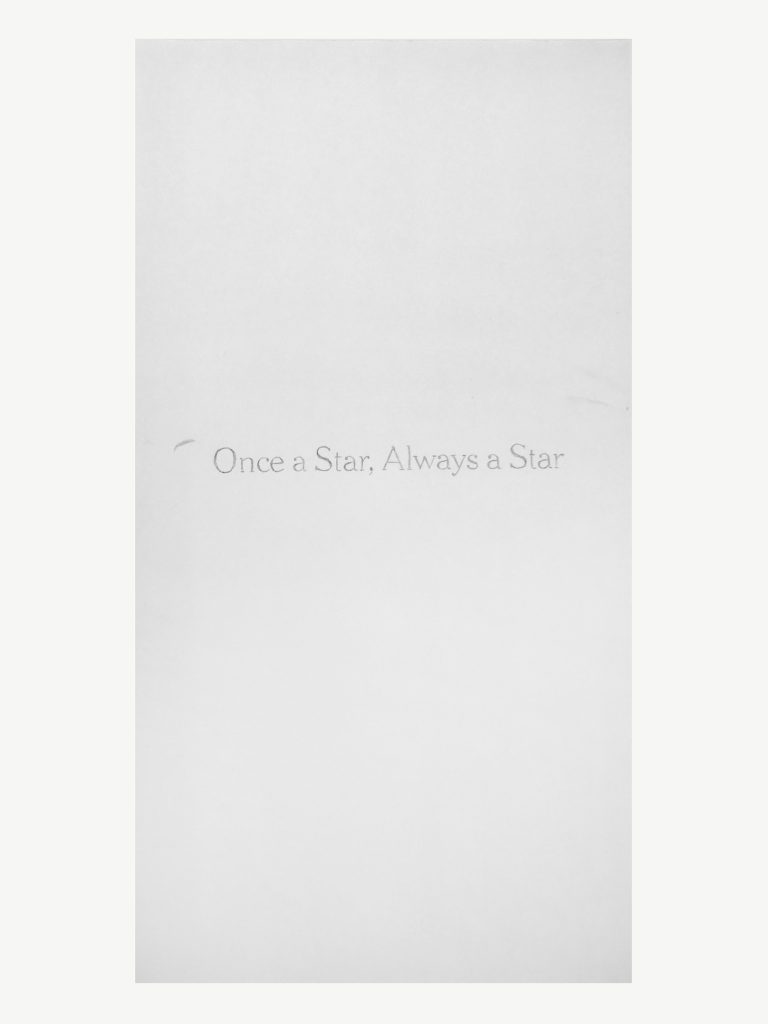